California’s police training agency is about to take an important step to better train officers to recognize anti-disability hate crimes, the often-sadistic crimes known as the invisible hate crimes. The quick action by the Commission on Peace Officer Standards and Training (POST) comes in response to a June 7 letter from 22 civil rights groups led by The Arc.

By July 15, POST will expand its online hate crime training course to include more information on how officers can recognize that a crime is a hate crime -– including extensive indicators of when a crime is an anti-disability hate crime. POST also will update its police academy curriculum to include the broad legal definition of the term “hate crime.”

The changes reflect Assembly Bill 1985 of 2018 by Assemblymember Philip Ting, which The Arc and United Cerebral Palsy California Collaboration sponsored along with Equality California.

Becerra’s actions, like POST’s, came at least partly in response to urging by the civil rights groups — and by 23 legislators led by Assemblymember Kansen Chu.

Crimes motivated by bias against people with disabilities are known as the invisible hate crimes because police officers rarely recognize them as hate crimes. Victims report an estimated 40,000 anti-disability hate crimes per year nationally, but law enforcement agencies report less than 100, according to U.S. Department of Justice statistics.

The actions by POST and Becerra represent incremental progress in the fight against hate crimes. The major, culture-change progress –- for all hate crime victims, but especially for people with disabilities — will come when and if Becerra takes the sweeping actions requested by the legislators and the civil rights groups.

We’re waiting for Becerra’s response to the civil rights groups’ June 7 letter, but he did respond to the legislators’ May 1 letter. Unfortunately, his response omitted any references to the legislators’ and our major goal of getting all enforcement agencies to adopt formal protocol policies and training requirements that include recognizing hate crimes with special attention to anti-disability hate crimes as spelled out in AB 1985. We’re talking with Assembly Member Chu about how to proceed in this lack of response.

Twenty-two civil rights groups led by The Arc are asking the state for strong, concrete actions to protect Californians from hate crimes — with particular attention to anti-disability crimes, known as the invisible hate crimes.

The groups last week wrote Attorney General Xavier Becerra and the Commission on Peace Officer Standards and Training (POST) spelling out specific, detailed steps the state should take to focus law enforcement agencies on hate crimes –- including everything we believe the state can do without difficult-to-pass further legislation.

The letters support and go beyond requests that 23 legislators made to Becerra on May 1.

One key request from both the legislators and the civil rights groups is to have all law enforcement agencies adopt formal policies guiding their officers’ enforcement of California’s hate crime laws. The policies, which some agencies already have adopted, are to include these sections, crucial to recognizing and prosecuting anti-disability hate crimes:

“’Bias motivation’ [which makes a criminal act a hate crime with added jail or prison time] is a preexisting negative attitude toward actual or perceived characteristics referenced in [Penal Code] Section 422.55. [Disability is the first protected characteristic listed in that section, which goes on to include gender, nationality, race or ethnicity, religion, sexual orientation, and association with persons with one or more of those characteristics.]

“Depending on the circumstances of each case, bias motivation may include, but is not limited to, hatred, animosity, resentment, revulsion, contempt, unreasonable fear, paranoia, callousness, thrill-seeking, desire for social dominance, desire for social bonding with those of one’s ‘own kind,’ or a perception of the vulnerability of the victim due to the victim being perceived as being weak, worthless, or fair game because of a protected characteristic, including, but not limited to, disability or gender.

“In recognizing suspected disability-bias hate crimes, the policy shall advise officers to consider whether there is any indication that the perpetrator was motivated by hostility or other bias, occasioned by factors such as, but not limited to, dislike of persons who arouse fear or guilt, a perception that persons with disabilities are inferior and therefore ‘deserving victims,’ a fear of persons whose visible traits are perceived as being disturbing to others, or resentment of those who need, demand, or receive alternative educational, physical, or social accommodations.

“In recognizing suspected disability-bias hate crimes, the policy also shall advise officers to consider whether there is any indication that the perpetrator perceived the victim to be vulnerable and, if so, if this perception is grounded, in whole or in part, in anti-disability bias. This includes, but is not limited to, if a perpetrator targets a person with a particular perceived disability while avoiding other vulnerable-appearing persons such as inebriated persons or persons with perceived disabilities different than those of the victim, those circumstances could be evidence that the perpetrator’s motivations included bias against persons with the perceived disability of the victim and that the crime must be reported as a suspected hate crime and not a mere crime of opportunity.

This language is straight out of a 2018 bill: http://leginfo.legislature.ca.gov/faces/billNavClient.xhtml?bill_id=201720180AB1985 sponsored by The Arc and Equality California and carried by Assembly Member Philip Ting, the only hate-crime bill we’ve been able to pass since the start to of five-year nationwide hate crime wave in 2015.

Based on that successful bill, POST developed a model hate crimes policy: https://post.ca.gov/Portals/0/post_docs/publications/Hate_Crimes.pdf that the legislators and civil rights groups want all law enforcement agencies to adopt.

Our priority is always anti-disability hate crimes and other victimization of people with intellectual and developmental disabilities. By allying with the broad civil rights coalition, we’ve been able to accomplish much more for our community’s safety that we could have accomplished alone.

A bill we sponsored along with the LGBTQ organization Equality California, AB 1985 [http://leginfo.legislature.ca.gov/faces/billNavClient.xhtml?bill_id=201720180AB1985], for example, focused largely on training police to recognize and respond to anti-disability crimes, which we call the invisible hate crimes.

As shown in point 4 in the following letter to Governor Newsom, we’ve earned the support of our fellow civil rights groups in calling on law enforcement agencies to carry out that law.

Here is a link to the coalition letter.

The 2019-20 Governor’s Budget includes one big win for the disability community and the civil rights groups in general: $797,000 … 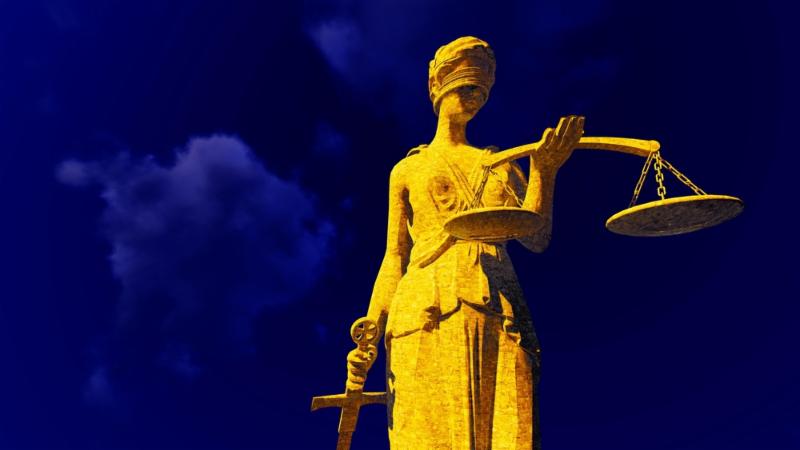 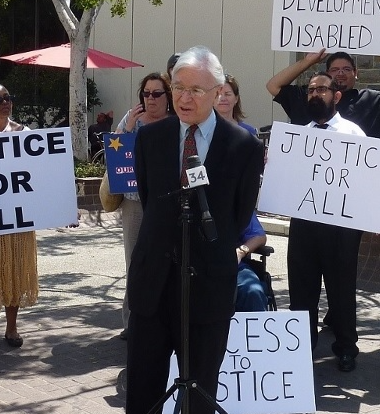