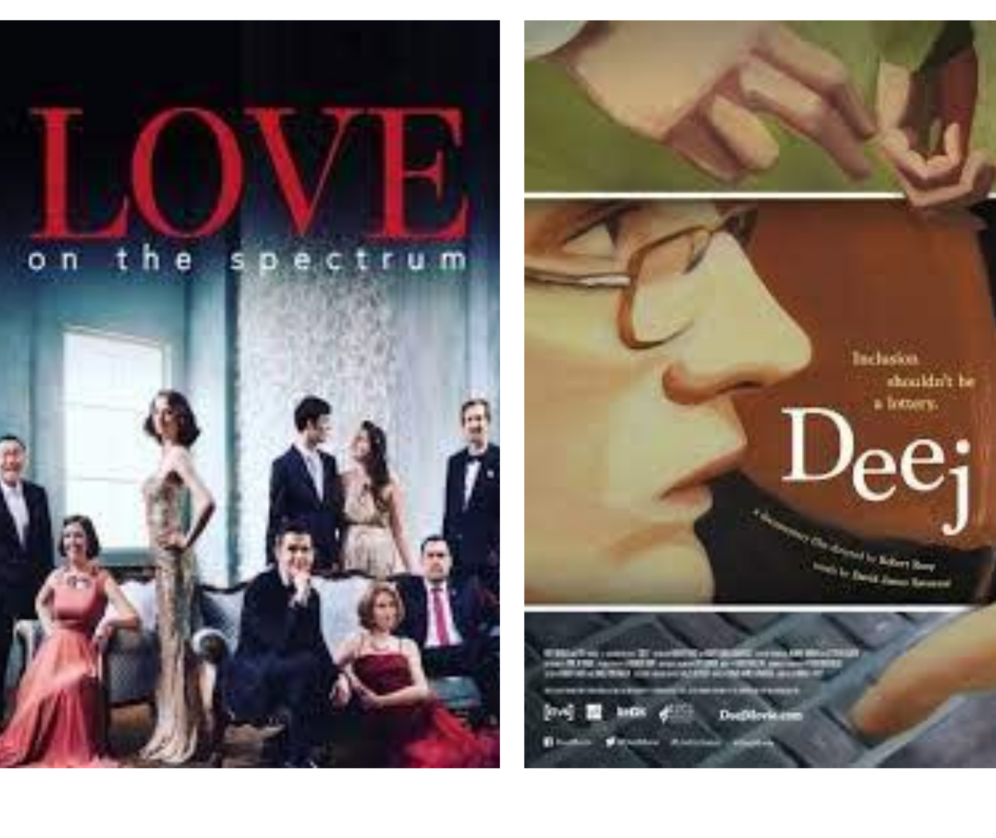 Young adulthood is a challenging and exciting time for everyone. Young adults have the opportunity to think about and create an adult life for the first time; choosing careers, dating, and figuring out how to be more independent from their families. Stereotypes would have us believe that this isn’t the case for people with intellectual and developmental disabilities (I/DD). Of course, these stereotypes are wrong. People with I/DD have the same needs and desires as nondisabled people. That is why this week I am highlighting two documentaries, one film and one TV series, following young adults with autism as they work towards their goals.

The first is the film Deej. The film follows DJ Savarese, an incredibly talented writer, advocate, and nonspeaking autistic. Deej combines Savarese’s poetry with animation and follows Savarese through his final year of high school and his first year at college. The film shows the joy, determination, and support that make this leap possible for Savarese. It does not shy away from the difficulties that he faces navigating this transition either. You can watch Deej for free for the rest of the month of July.

The Netflix documentary series Love on the Spectrum follows young people with autism as they try to find romance. The participants are shown talking to their families, peers, and a dating coach as they figure out what kind of romantic life that each of them would like to have. Participants are also seen going on dates with a variety of outcomes.

Love on the Spectrum, like Deej does an excellent job of showing young adults with autism pursuing the adult lives that appeal to them while at the same time honestly portraying the additional challenges that they face as people with disabilities. I recommend these documentaries together because they show a slight sliver of the breadth of diversity among the desires of people with disabilities. Some of us want to pursue activist and artistic careers, some of us want romantic partners, some want both, neither, or something completely different. Regardless of the goal, Love on the Spectrum and Deej portray the creativity, drive, and support that people with disabilities need to flourish. 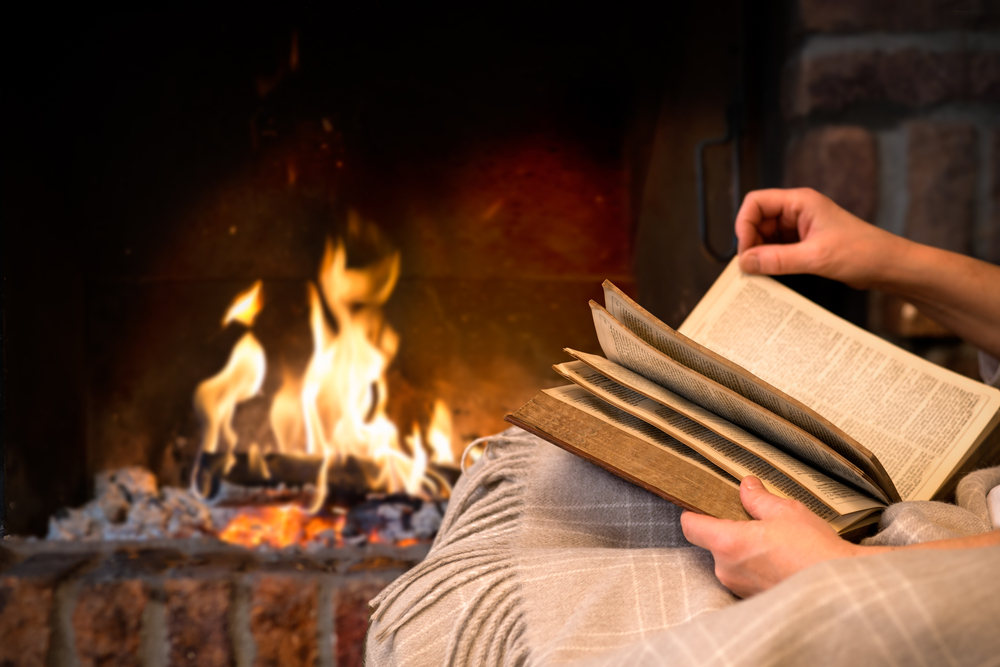 Being at home most of the time and/or having limited capacity to get out in the world is a significant challenge; one that is not new to many people with disabilities. We know that sheltering in place is emotionally tricky even without a pandemic going on. Though it often feels confining and isolating to be at home the disability community’s ability to make the most of difficult circumstances is limitless. That is why this week’s disability culture recommendation is armchair travel. Though not necessarily the invention of people with disabilities it is one than many of us have perfected out of necessity. Certainly, it is something that has given me a lot of comfort throughout various indoor phases of life.

If you are new to armchair travel – a fancy way of saying reading books or watching shows that take you around the world no matter where you are – here are a few recommendations to get you started. Currently I am rereading The Old Patagonian Express by Paul Theroux while simultaneously streaming either a waterfall, campfire, or train ride to level up the atmosphere. This is one of my favorite travel books because Theroux shares his experience of taking trains from Boston all the way to the southern tip of South America. It’s especially entertaining while sheltering in place because he is sort of a grouch the whole time despite the amazing places he travels and the interesting people he meets along the way. If you would rather watch TV, 10 seasons of Rick Steves’ Europe are online and can be watched for free at the PBS website. Steves has been traveling for decades and by now there is an episode for nearly anywhere in Europe that you might want to visit. Steves is a bit of a giant nerd in a gentle Mr. Rogers meets your enthusiastic high school science teacher way; to me this makes his show especially comforting.

By staying home, we are doing the critical work of protecting ourselves and our communities. Armchair travel is a way that people with disabilities have been taking care of our mental health while staying at home likely ever since Homer wrote the Odyssey. If you are feeling trapped and stressed, or even just kind of bored, I urge you to give it a try. 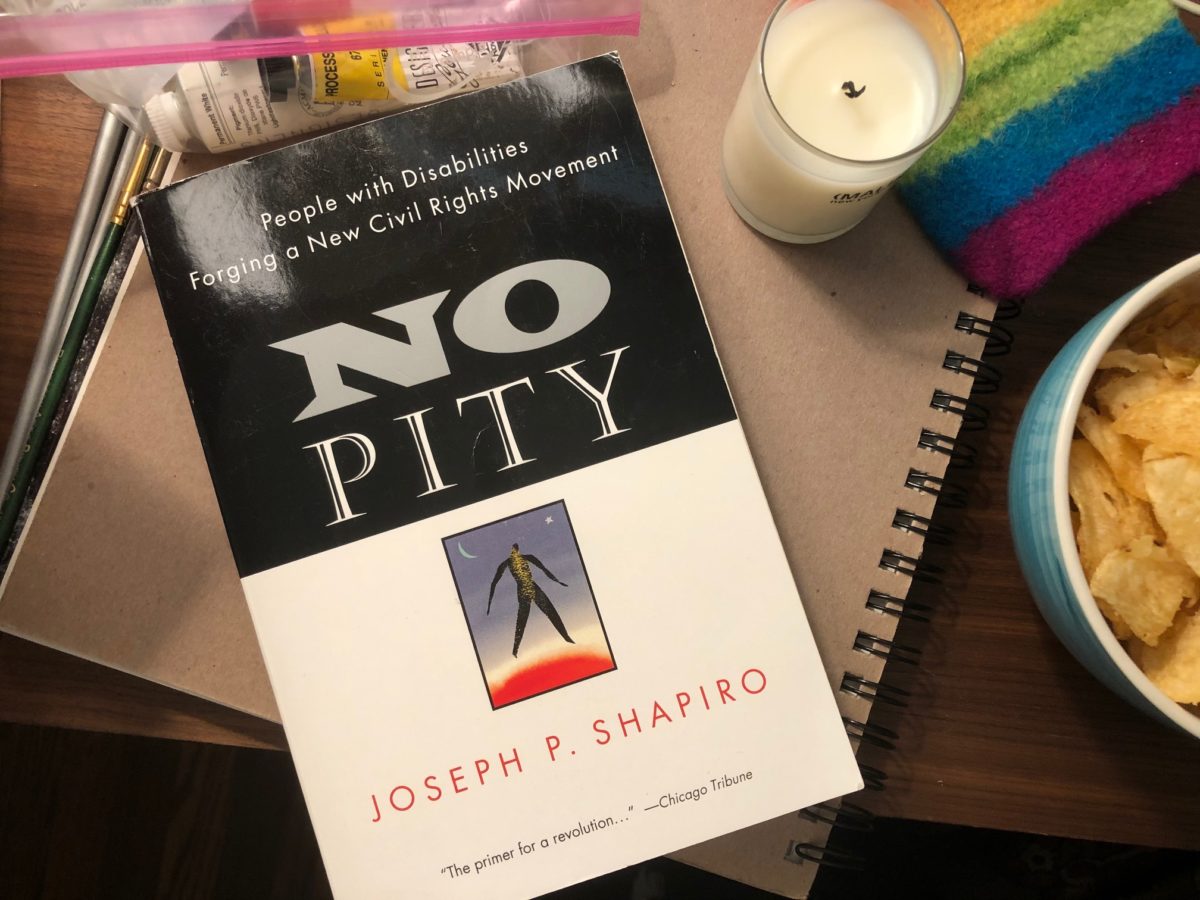 Reading Joseph Shapiro’s 1993 book No Pity: People with Disabilities Forging a New Civil Rights Movement in my early 20’s was an awakening. Though non-disabled himself, Shapiro dives deep into the lives and actions of people across the disability spectrum and highlights the work that they have done to shift the world’s thinking and actions towards people with disabilities. At the heart of the book is the idea that, “there is no pity or tragedy in disability, and that it is society’s myths, fears, and stereotypes that most make being disabled difficult.” For me, and many of my friends with disabilities reading this book was the first time that we saw our disabilities as part of our identities, even more so that our disabled identities were something to take pride in – that disability connects us to a movement and to each other.

If you would like to buy a copy of the book you can order it from Powell’s or Amazon, or check online at your local library. 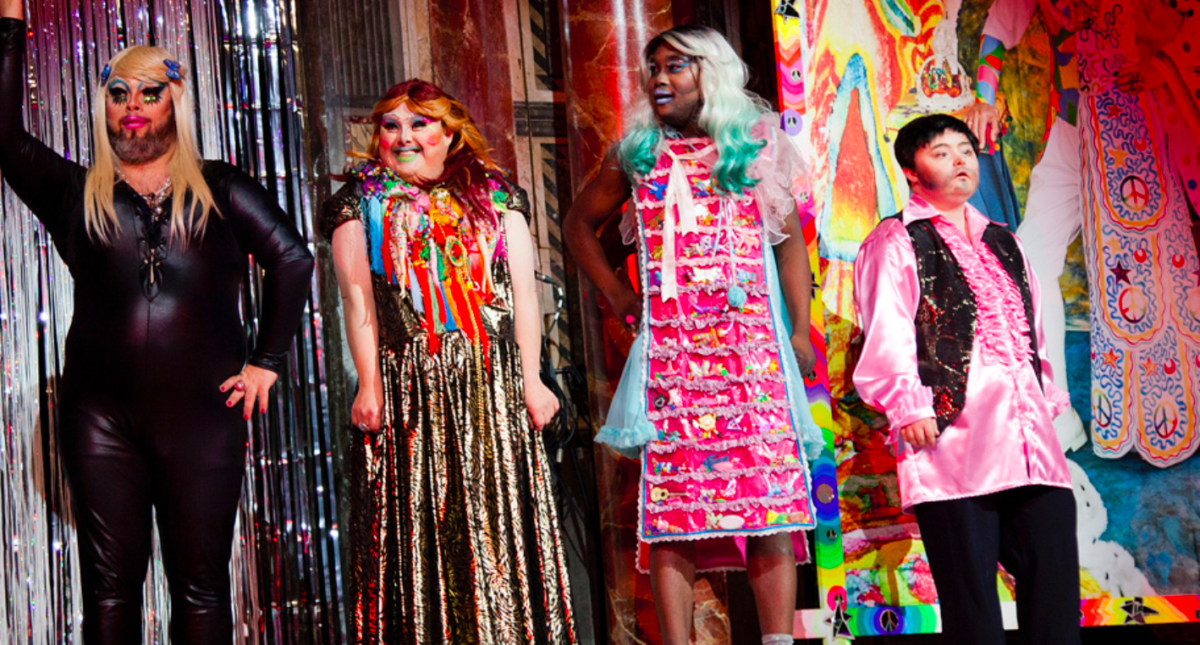 Drag Syndrome creates the fabulous world that I want to live in. A fully inclusive, joyful, and extremely sparkly world where we are each celebrated exactly as we are.

As their name suggests, Drag Syndrome is a troop of drag performers with Down syndrome. They had been planning a world tour before the global shutdown, but for now are entertaining the world through their Instagram account and on their website.

This short BBC video about their work is – as the kids say – giving me life: 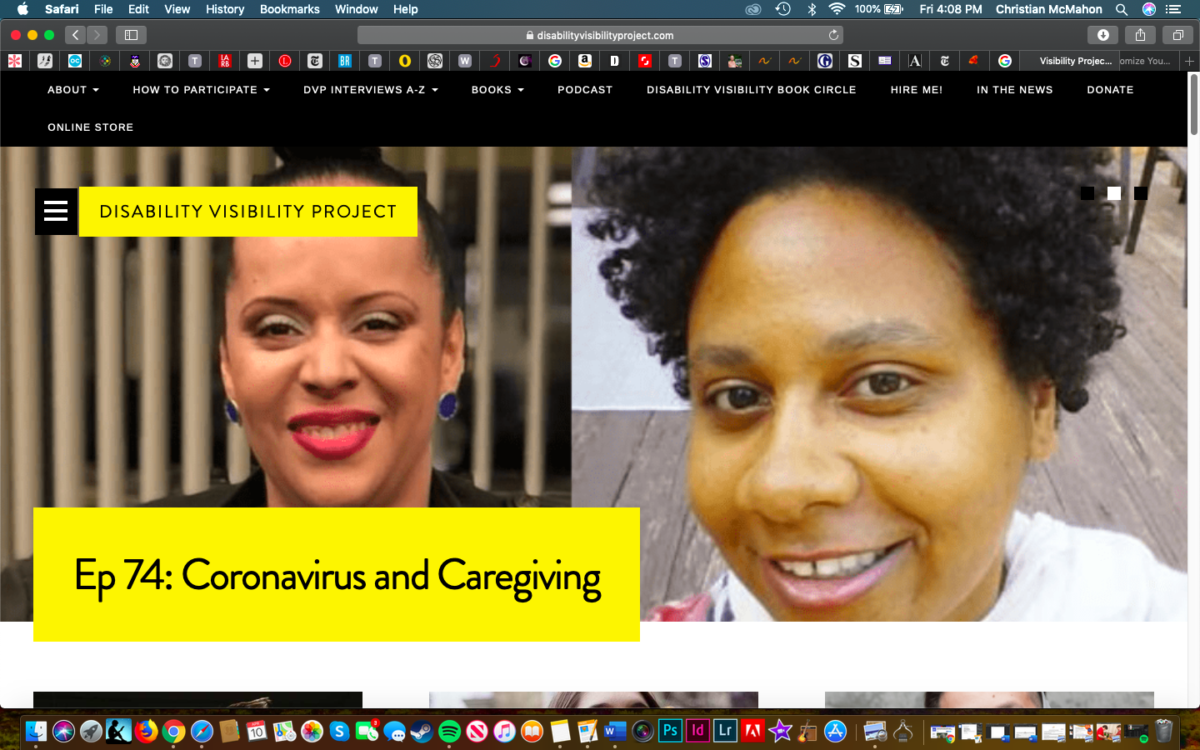 Disability culture has always existed. Now more than ever it is important that we celebrate ourselves for the complex and diverse community that we are. That is why this week I’m recommending the Disability Visibility Project.

Created by disability rights leader Alice Wong, the Disability Visibility Project is a blog and a podcast. Wong wanted to record the stories of people with disabilities as a means of protecting our history. The podcast is ongoing and so far includes 74 episodes covering topics which range from video gaming, poetry, immigration, intersectionality, design, violence, to entrepreneurship. Each episode is a frank and unflinching reflection of the experiences of the disability community.

The blog, found here contains posts by Wong, guest writers, and Q & A posts with people with disabilities who are engaged with culture at every level. 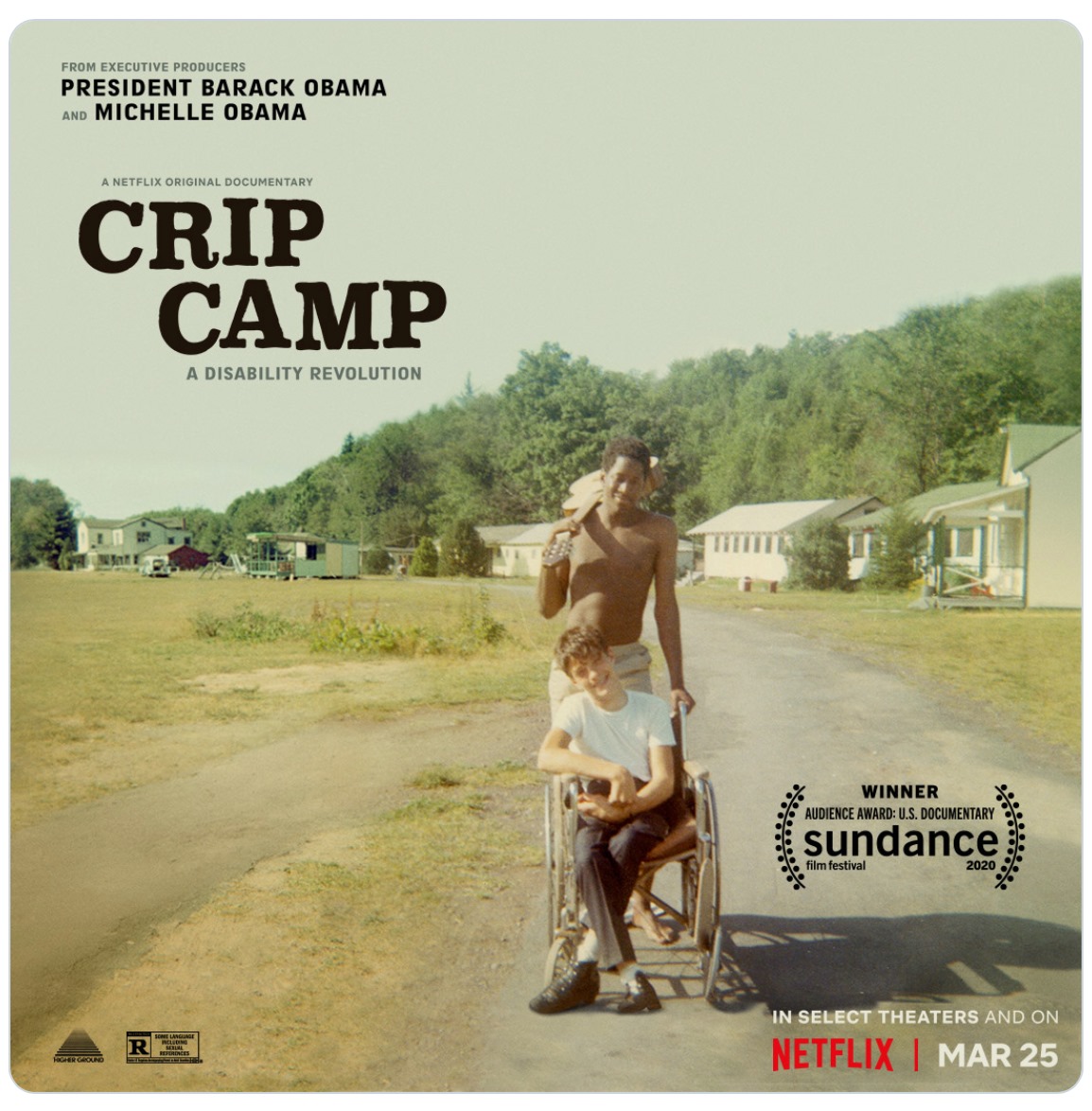 Last week Netflix released Crip Camp: A Disability Revolution. If at all possible watch this movie immediately. I write this not just because it is important to know our history, or because we are generally underrepresented in popular culture (both true), but because it is a great documentary. It’s informative, moving, and occasionally hilarious.

The story begins in a summer camp for teens with disabilities in the early 1970’s and follows campers like Judy Heumann and several others who go on to become leaders in the disability rights movement. Crip Camp includes footage of the camp, the Section 504 protests, and the fight to pass the ADA, along with interviews and casual scenes of the campers throughout their lives. Personally, these casual scenes had the biggest impact. They show these leaders for the vibrant, down-to-earth people that they are.

At this moment, it is very easy to slip into feelings of despair at the tremendous uncertainty our community is facing. Crip Camp is the perfect antidote as it shows that the disability community has faced overwhelming odds before and come out on top. Not because someone extraordinary swooped in from outside of our community to save us, but because we have always been a community full of extraordinary people. When we work together we change the world.