The history of living with a disability in the United States has largely been one of discrimination, segregation and exclusion – from education, work, housing, and even from routine daily activities. Fortunately, today people with intellectual and/or developmental disabilities have the same basic legal, civil and human rights as other citizens. The U.S. Constitution, federal laws, and federal court decisions have established these rights. However, despite the tremendous advances in the areas described below, limitations of laws and regulations, poor enforcement of the laws, limited funding of programs, disregard for binding legal precedent, and societal prejudices keep many people with disabilities from being fully included in our society.

The Rehabilitation Act of 1973 prohibits discrimination on the basis of disability in programs conducted by federal agencies, in programs receiving federal financial assistance, in federal employment, and in employment practices of federal contractors. It also requires the federal government to make sure that electronic and technology information is accessible to people with disabilities. A new section of the Rehabilitation Act requires medical diagnostic equipment to be accessible to people with disabilities. Under the Rehabilitation Act, the term “disabled individual” means “any person who (1) has a physical or mental impairment which substantially limits one or more of such person’s major life activities, (2) has a record of such impairment, or (3) is regarded as having such an impairment.”

Early Intervention, Special Education and Related Services
The Individuals with Disabilities Education Act (IDEA) (formerly called P.L. 94-142 or the Education for all Handicapped Children Act of 1975) governs how states and public agencies provide early intervention, special education and related services to more than 6.5 million eligible infants, toddlers, children and youth with disabilities. The law requires public schools to make available to all eligible children with disabilities a “free appropriate public education” in the least restrictive environment appropriate to their individual needs. IDEA requires public school systems to develop appropriate Individualized Education Programs (IEP’s) for each child. The specific special education and related services outlined in each IEP reflect the individualized needs of each student. IDEA also mandates that particular procedures be followed in the development of the IEP. Each student’s IEP must be developed by a team of knowledgeable persons and must be at least reviewed annually. The law has been reauthorized many times and has expanded the scope of services to include services for infants and toddlers.

Institutionalization
The Civil Rights of Institutionalized Persons Act (CRIPA) was passed in 1980 and gives the Department of Justice authority to investigate abuse and neglect and treatment issues in publicly run facilities, including jails and prisons, mental health facilities, facilities for people with intellectual and developmental disabilities and nursing homes.

In 1999, the U.S. Supreme Court declared in its Olmstead v. L.C. decision that unnecessary segregation of individuals with disabilities in institutions is a form of discrimination. The court clearly stated that Title II of the ADA required states to provide services and supports to people with disabilities in “the most integrated setting appropriate.” It prohibited states from making funding decisions based on their desire to keep their institutions full. In Olmstead the Court said that people who are living in institutions who could live in more integrated settings must be provided with that choice. The US Department of Justice enforces the Supreme Court’s Olmstead decision. To learn more about Olmstead, see: http://www.ada.gov/olmstead

Air Travel
The Air Carrier Access Act of 1986 prohibits discrimination in air transportation by domestic and foreign air carriers against qualified individuals with physical or mental impairments. It applies only to air carriers that provide regularly scheduled services for hire to the public. Requirements address a wide range of issues, including boarding assistance and certain accessibility features in newly built aircraft and new or altered airport facilities.

Housing
The Fair Housing Act, as amended in 1988, prohibits housing discrimination on the basis of race, color, religion, sex, disability, familial status, and national origin. Its coverage includes private housing, housing that receives federal financial assistance, and state and local government housing. Owners of housing facilities are required to make reasonable exceptions in their policies for tenants with disabilities (for example, a “no pets” policy for persons who use service animals). Landlords must also allow tenants with disabilities to make reasonable access-related modifications to their private living space, as well as to common use spaces (though landlords are not required to pay for the changes). The Act further requires that new multifamily housing with four or more units be designed and built to allow access for persons with disabilities. This includes accessible common use areas, doors that are wide enough for wheelchairs, kitchens and bathrooms that allow a person using a wheelchair to maneuver, and other adaptable features within the units.

Employment, State and Local Governments, Privately Operated Public Accommodations, Transportation, and Telecommunications
The Americans with Disabilities Act (ADA) was enacted in 1990 with the goal of eliminating discrimination against individuals with disabilities. This landmark law greatly expanded the scope of protections and remains the greatest legislative victory for people with disabilities. The definition of disability under the ADA was expanded by the ADA Amendments Act of 2008 to: (A) a physical or mental impairment that substantially limits one or more major life activities of an individual; (B) a record of such an impairment; or (C) being regarded as having such an impairment. Major life activities include, but are not limited to, caring for oneself, performing manual tasks, seeing, hearing, eating, sleeping, walking, standing, lifting, bending, speaking, breathing, learning, reading, concentrating, thinking, communicating, and working. Major life activities also include major bodily functions, including but not limited to, functions of the immune system, normal cell growth, digestive, bowel, bladder, neurological, brain, respiratory, circulatory, endocrine, and reproductive functions.

The ADA is a civil rights law that prohibits discrimination based on disability. It guarantees equal opportunity for individuals with disabilities in public accommodations, employment, transportation, state and local government services, and telecommunications.

Learn more about the ADA.

Death Penalty
The Supreme Court case Atkins v. Virginia was decided in 2002 and banned states from executing individuals with intellectual disability (the court used the term “mental retardation.”). Delivering the majority opinion on whether such executions are “cruel and unusual punishments” prohibited by the Eighth Amendment to the Federal Constitution, Justice Stevens wrote, “Because of their disabilities in areas of reasoning, judgment, and control of their impulses, however, they do not act with the level of moral culpability that characterizes the most serious adult criminal conduct. Moreover, their impairments can jeopardize the reliability and fairness of capital proceedings against mentally retarded defendants.”

Health Care
The health care reform law of 2010, known as the Affordable Care Act (ACA), is the most significant civil rights law for people with disabilities since the enactment of the Americans with Disabilities Act (ADA). It promises to transform our health care system by prohibiting discrimination on the basis of health status, among many other important changes. It incorporates many of The Arc’s major health and long term services and supports policy priorities for people with disabilities

Victim Services resources near you

Find a chapter near you. 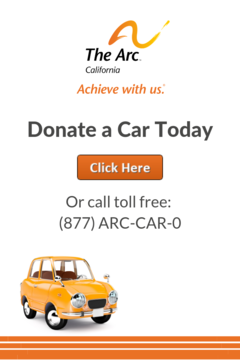