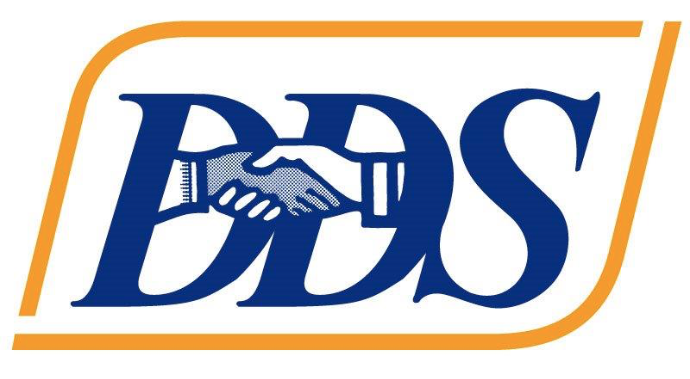 The Department of Developmental Services (DDS) is working hard to address inquiries from individuals with intellectual and developmental disabilities, family members, and service providers related to alternative services. DDS has worked with several community partners to showcase real-world examples of innovative services that are specifically developed to meet the individual needs of people while making safety a priority during the COVID-19 pandemic. The next two symposiums will be on November 4, 2020 in partnership with Friends of Children with Special Needs, and November 12, 2020 with the State Council on Developmental Disabilities. You can learn more about the symposiums and register at https://www.dds.ca.gov/corona-virus-information-and-resources/. 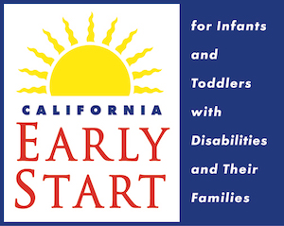 The Interagency Coordinating Council on Early Start is an advisory council appointed by the Governor, to the Department of Developmental Services, comprised of parents of children with disabilities, early intervention service providers, health care professionals, state agency representatives and others interested in early intervention. The mission of the ICC is to promote and enhance a coordinated family services system for infants and toddlers, birth to three years, who are at risk or have a developmental disability, and their families, utilizing and encouraging a family-centered approach, family-professional partnerships and interagency collaboration.

Earlier this month the ICC met and discussed several issues of importance to the Early Start Community including; diversity in Early Start services, categorical services and qualification criteria, Home and Community Based Services, video conferencing guidance, Family Resource Centers Services, and the importance of ensuring developmental screening for infants and toddlers. Among the issues discussed was a serious concern that during the COVID-19 Pandemic there has been a significant decrease in families accessing screening and Early Start services. A priority effort for California Early Start is to increase outreach to families, healthcare providers, educators, and any other organizations that come in contact with families that have young children (0-3 years old).

Please feel free to share the attached resources with families, colleagues, and partner agencies via email listservs, newsletters, social media, and other platforms. Early Start also has a variety of additional multilingual brochures, booklets, publications, and other free resources that are available for parents, professionals, and others.

The infographics below, and other free resources, are available for parents, professionals, and others at the following link: https://www.dds.ca.gov/services/early-start/early-start-publications-resources-and-program-guidance/publications/

On July 14, the Centers for Medicare & Medicaid Services (CMS) issued guidance to state Medicaid agencies informing them that the agency will be extending the deadline for ensuring compliance with the Home and Community-Based Settings Regulation, in response to the COVID-19 pandemic. In their guidance they stated, “states have faced significant challenges and delays in their implementation activities, and that service provision and community integration approaches have been disrupted. Due to these unprecedented challenges, CMS has extended the compliance deadline for this regulation to March 17, 2023. CMS is committed to continuing its work with states, advocates, and other stakeholders to continue to improve HCBS options.”

Heightened Scrutiny Deadlines: In March 2019, CMS issued guidance on heightened scrutiny for the HCBS Settings Rule that set forth two deadlines for states that were set to take effect this year. By July 2020, states were to submit to CMS a list of providers they had identified as having the effect of isolating individuals but had since remediated and came into compliance with the rule. The deadline for this aspect of the rule is now July 1, 2021. If a provider is on this list, they do not need to undergo heightened scrutiny at the federal level to be deemed compliant. Providers who are identified by the state as being noncompliant with the Settings Rule due to isolating individuals that have not remediated and come into compliance will need to undergo federal heightened scrutiny. States previously were to submit a list of such providers to CMS by July 2020 for heightened scrutiny by October 2020. The timeline for this is now July 1, 2021 for the list of providers to be submitted to CMS, and October 31, 2021 for CMS to complete the heightened scrutiny review.

The first, published June 15, allows Early Start services to continue past the age of three.  The directive states, “The Department recognizes the transition to special education services for children at age three may be delayed as local schools face challenges related to the COVID-19 pandemic”, therefore “this waiver is necessary to ensure continuity in the delivery of services for children during the COVID-19 pandemic.”  The full text of the directive can be found here.

The second, published June 18, extends the State Of Emergency funding for non-residential services another 30 days, through July 31, 2020.  The funding, which was originally enacted on March 17, ensures sufficient funding to service providers who are unable to provide usual services as a result of Covid-19 and the state of emergency declared by the Governor.  The funding has been critically important to sustaining a safety-net through the pandemic so that there are access to services and supports when individuals begin to return.  The directive also attempts to clarify a previously published directive that required service providers, who received federal relief funds from the Paycheck Protection Program (PPP), to offset their state of emergency billing by the amount of PPP funds the provider received.  The Arc of California continues to strongly advocate against this directive and considers the attempt of the department to collect these PPP loans as not only illegal but also a violation of intent of Congress in enacting the PPP law.  The full text of the directive can be found here. 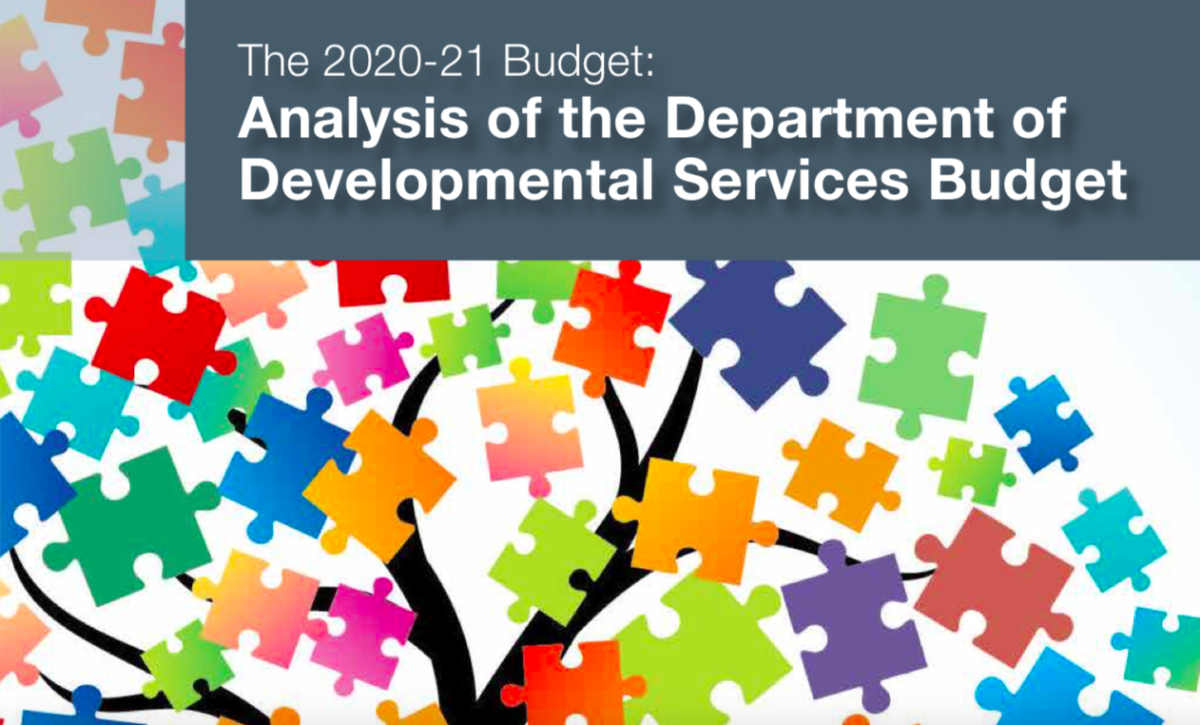 The Legislative Analyst’s Office (LAO) is a nonpartisan office that provides fiscal and policy information and advice to the Legislature, and often produces reports on various topics, including developmental services. Friday, February 7th, the LAO released a report analyzing the Governor’s proposed budget for DDS. The report included a rejection of the proposed “Performance-Incentive Program”, and approval of other proposals. The full report can be viewed here and the executive summary is below:

Year-Over-Year Spending Increase Is Due Largely to Caseload Growth, State Minimum Wage Impacts. DDS is estimated to serve 368,622 individuals with qualifying developmental disabilities (called “consumers” in statute) in 2020-21, up 5.3 percent from 2019-20. The cost to serve new consumers, as well as growth in the cost per case, accounts for $420.3 million ($263.4 million General Fund) of the total year-over-year increase. Spending for service providers’ costs associated with state minimum wage increases accounts for another $224.1 million ($114.6 million General Fund).

Major New Policy Proposal This Year Is for a Performance-Incentive Program. The proposed budget includes $78 million ($60 million General Fund) to implement a performance-incentive program for developmental services administered through Regional Centers (RCs). The program is subject to potential suspension on July 1, 2023. Its four broad goals are to improve quality, deliver “person-centered” services, promote settings that integrate consumers in the community, and increase consumer employment. It would base incentive payments on whether RCs meet certain performance metrics, to be developed in consultation with the stakeholder community.

Current Conditions of the Developmental Services System Are Not Conducive to a Successful Performance-Incentive Program. While the goals of the proposed program reflect legislative priorities for DDS, we find the system’s current conditions, particularly funding challenges, would significantly constrain the ability of RCs and service providers to respond to incentives in a way that would lead to the intended goals. In addition, we find that the proposed program’s structure lacks several criteria identified by researchers as optimal to result in a successful government performance-incentive program. We also note that this proposal appears to move the system away from implementing rate reform—a key legislative interest over the last several years. This interest is reflected in the statutory requirement for a three-year rate study (since completed) to modernize the DDS rate structure in an effort to address the sustainability and quality of developmental services provided in the community.

Recommend Legislature Reject Performance-Incentive Proposal and Consider Its Preferred Way Forward for the DDS System. Given the above concerns, we recommend the Legislature reject the proposal for a performance-incentive program, and instead consider the direction it would like to take the DDS system in the future. On the one hand, pursuing full implementation of the rate study’s recommendations over time would align the system with the guiding vision of the Lanterman Act, but it would increase costs significantly. If the Legislature pursued this path, we offer some suggestions for how to repurpose funding proposed in the Governor’s budget for the performance-incentive program to begin to address some of the system’s chronic challenges. This path also could lay the foundation for pursuing a performance-based incentive program in the future. On the other hand, the Legislature may choose a different path forward. If so, we suggest the Legislature begin to consider ways to change the system based on the Legislature’s priorities and available resources. gutter analysis full LEGISLATIVE ANALYST’S OFFICE 2020-21 BUDGET 2

Governor Proposes Enhanced Service Coordinator Caseload Ratios for Children Ages 3, 4, and 5—Withhold Recommendation as Basis for Proposal Unclear. The proposed budget includes $16.5 million ($11.2 million General Fund) to reduce the RC service coordinator-to-consumer ratios to 1:45 for children ages 3, 4, and 5. Currently, federal funding agreements and state statute require average caseload ratios of 1:62 to 1:66 at each RC. The Governor’s proposal is based on the administration’s preferred caseload ratios of 1:45 in the Early Start program, which serves infants and toddlers under age 3 (statute limits average Early Start caseload ratios to 1:62). While the Governor’s proposal might have merit given developmental milestones at the targeted age range, it does not address other known problems with caseload ratios for service coordinators serving other age groups. In addition, whether all RCs have the same service coordination needs is unknown. Without prejudice to its merits, the Governor’s proposal lacks an analytic basis to determine where or for whom caseload relief is warranted. We therefore withhold recommendation on this proposal and suggest the Legislature ask for more information about the basis for this proposal at budget hearings this spring.

Governor Proposes Expanding Crisis and Safety Net Services for Consumers in Crisis—Recommend Approval and That Legislature Seek Information on Department’s Prioritization of Safety Net Spending. The Governor’s budget includes $20.9 million ($19 million General Fund) in 2020-21 to expand the safety net as follows: (1) a temporarily increase in capacity (until 2024) at DDS’ secure treatment program at Porterville Developmental Center (PDC) for consumers currently in jail, (2) simultaneous development of five specialized homes that would ultimately replace the temporary increased capacity at PDC, and (3) an increase in crisis prevention training at four RCs (currently this model is being piloted at two RCs). We find that each of these three proposals has merit. The first two fill a current gap in the system that results in consumers inappropriately being placed in county jails and the third could increase the ability of RCs, service providers, and families to prevent crises from happening or from escalating. While we recommend that the Legislature approve the three proposals, we also recommend that the Legislature request more information from DDS to better understand how the department prioritizes its safety net spending in its long-term planning efforts. 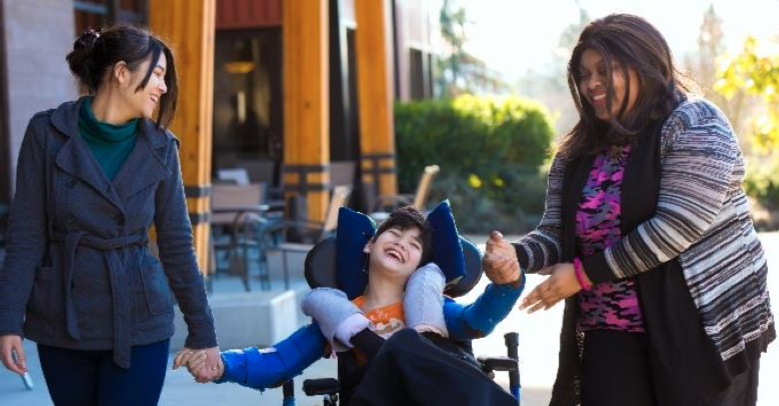 The California Department of Developmental Services, in partnership with Public Consulting Group and Support Development Associates, is offering training opportunities on the Home and Community-Based Services (HCBS) Settings Final Rule.

These in-person and web-based trainings provide stakeholders with information and support to be in alignment with the federal HCBS Settings Final Rule.

Join them either in person or online on September 9 or 10th for HCBS Final Rule and How it is Supported by Person-Centered Planning. This training is an initial introduction to person-centered thinking, and a review of the person-centered service planning requirements specified in the HCBS Final Rule. To learn more, register, and see other trainings that are available visit https://www.dds.ca.gov/HCBS/docs/HCBS_Final_Rule_Training_Flyer_08292019.pdf

Applications will be accepted through Tuesday, September 3, 2019. Applications can be submitted via email or US Mail. You only need to complete one application to apply for membership on the DS Task Force and/or any DS Workgroups. For example:

Membership information and application form for details on the DS Task Force and descriptions of the DS Workgroups can be found here. This information will also be posted on the DDS website.