This week, in recognition of Developmental Disabilities Awareness Month, we are showcasing Joe Meadours who is one of California’s strongest advocates for people with intellectual and developmental disabilities. Joe is a long time Board Member of The Arc of California, and past Executive Director of People First California. Over the past couple of years Joe’s personal experience and journey through managing his own health needs has led him to develop a passion for health education and advocacy. Joe learned the hard way that had a chronic health condition when he was diagnosed with diabetes after passing out at a baseball game. After many days in the hospital and feeling angry and confused, Joe knew that he had some hard decisions to make and a lot to learn if he was going to be able to maintain his independence.

Over the last 2 years, Joe has worked so hard to learn everything he can about diabetes and how to manage it. When he first began his journey he had to inject himself with insulin 4 times a day – before every meal and before bed – and he said it made him feel like a human pin cushion. Today, he is proud to report that after a lot of hard work his diabetes is under control, he had significantly reduced the amount of insulin and the number of times he has to take it.

His hard work has included working with his support person learning how to shop better and cook healthy meals instead of going out to get food that may not have been so healthy. He also started walking every day and is not up to walking three times a day (several miles in total). Joe had the courage to ask his team – roommate, family, friends, service provider, health care provider – for help and to support him in his effort to get his health in check. Joe is a natural leader, educator, and advocate and because of his personal journey and experience he wants to work with his peers and provide health education to help others manage their own health. Joe is in the process of developing a health education training in hopes of supporting his peers who may be struggling with managing their own health. We look forward to seeing Joe’s presentation and will let everyone know when and where he may be presenting this important information. 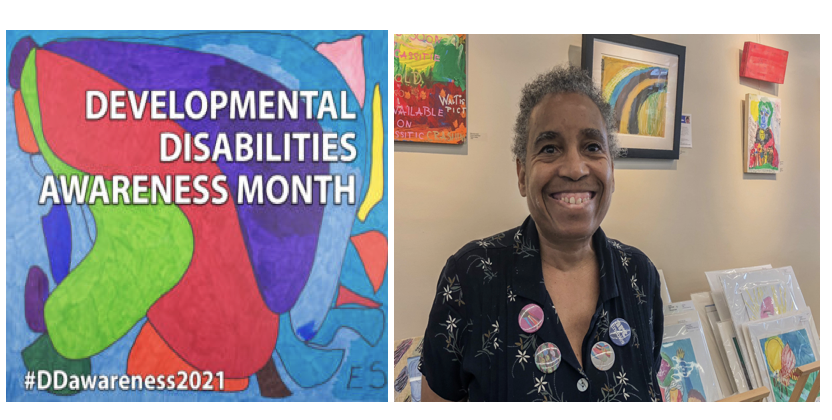 This year the NACDD has selected Eileen Schofield as the feature artist, and creator of the DD Awareness Month Image. Eileen is a very talented artist who uses markers as her medium of choice to create beautiful, bold artwork that reflects her passion for bright colors. You can find more of Eileen’s one-of-a-kind art pieces at Art-Enables https://art-enables.org/artist/?id=44867.

To find out more about how you can participate in showcasing artists and celebrating Developmental Disabilities Awareness Month visit: https://www.nacdd.org/ddam1/ 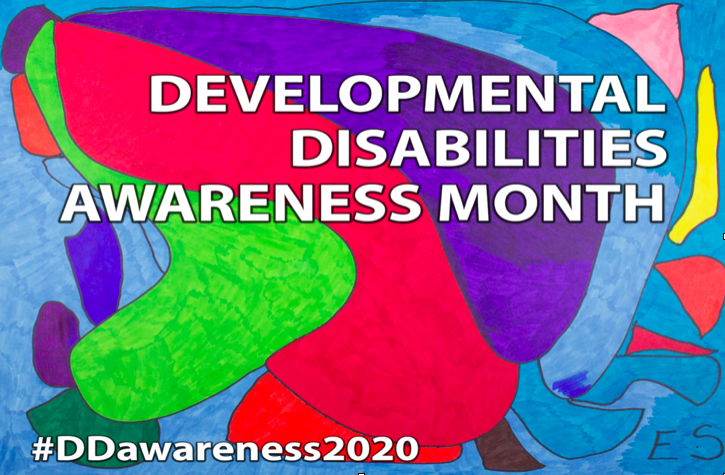 The NACDD has a great blog that I would encourage everyone to follow https://www.nacdd.org/dd-awareness-month-blog/. There is no better way to kick of National Developmental Disabilities Awareness Month than to share the Kick Off blog post by Emily Kranking:

However, disabilities in general are given stigmas by society. Many people still assume because one is disabled, it means that they need help with everything. Or they aren’t bright enough for school or get a job. Or they can’t find love, get married and have kids on their own. This is why months such as Developmental Disabilities Awareness Month are important for the public. They spotlight the disability community and show how people with developmental disabilities live normal lives. In return, the public can learn how they can help people with developmental disabilities achieve their dreams.

As someone with cerebral palsy, I have been there. Getting baby talked, literally at one point getting watched and praised over walking away from my wheelchair, as if I was a baby taking her first steps, by two random women and even prayed over by a religious man. Just because I have a young aroma around me with my baby voice, baby face and a feminine fashion sense, it doesn’t mean I’m incapable of being independent, having emotions and acting my age.

This month, I am premiering in my first motion picture Best Summer Ever at the South by Southwest Festival and the ReelAbilities Film Festival. It is the first movie musical starring people with disabilities. I am one of the leads, along with my friend Jacob who has Asperger’s syndrome. We feature numbers of actors, singers and dancers with many developmental disabilities. We are off to a giant start! This could be the second biggest movie about disabilities in recent history after last year’s The Peanut Butter Falcon, which starred my friend and BSE co-star Zachary Gottsagen.

Gottsagen, who has Down syndrome, has recently gained universal acclaim after being the first actor with Down syndrome to present at the Oscar’s. He has also gained a few accolades for his incredible performance. Zachary is starting to shake expectations of disabled actors by proving that we are able to work in movies and plays. Could he be shaking low expectations of people with developmental disabilities in general? If Zachary can do something big in life, if my cast and crew members can do something big in life, so can all people with developmental disabilities! That’s what Developmental Disabilities Awareness Month is all about. 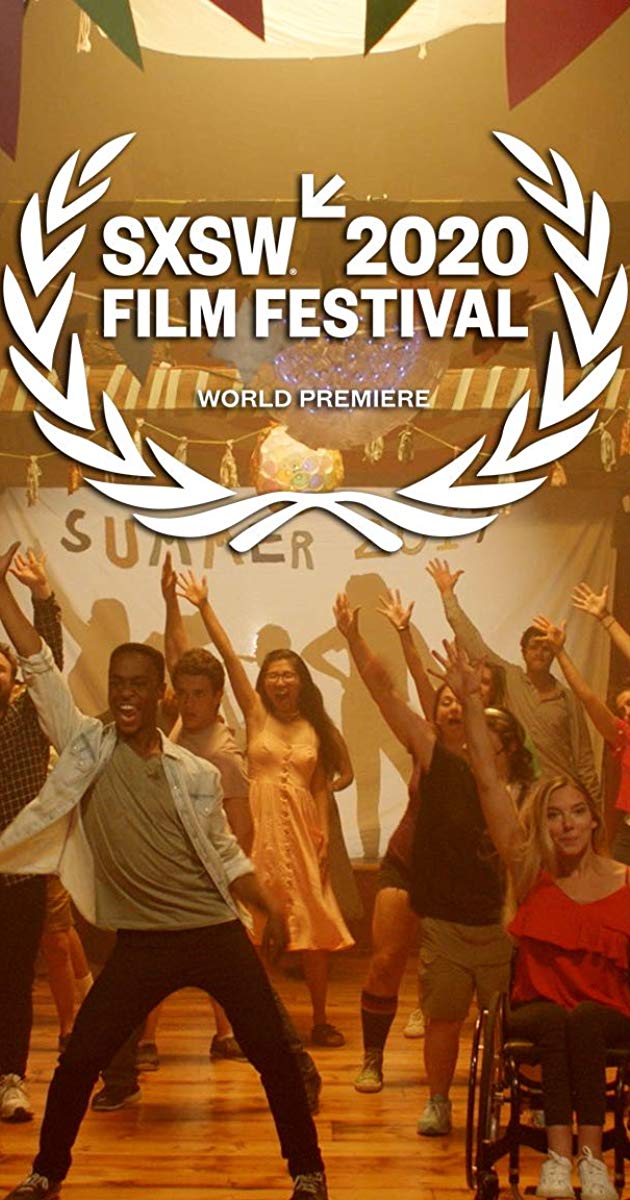