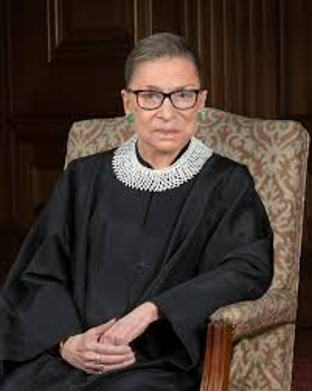 Justice Ginsburg’s dedication to advancing civil rights spans more than five decades, and without a doubt, she changed the lives of millions of people for the better. In honor of Justice Ginsburg, I took this opportunity to reread the Supreme Court’s Olmstead Decision, which she wrote for the majority, affirming the rights of people with disabilities to live full lives in the community rather than be relegated to institutions.

In the Olmstead Decision the Supreme Court relied on opening provisions of the Americans with Disabilities Act and finding from Congress that addressed the issue of discrimination against people with disabilities. Specifically, Congress found that:

“discrimination against individuals with disabilities persists in such critical areas as…institutionalization”;

In seeking redress for these findings, as well as compliance with the ADA, the Supreme Court held, in part that:

“Recognition of unjustified isolation of persons with disabilities is a form of discrimination…institutional placement of persons who can handle and benefit from community setting perpetuates unwarranted assumptions that persons so isolated are incapable or unworthy of participating in community life.” And;

The Olmstead Decision was issued on June 22, 1999, and since then it has fundamentally changed the way people with intellectual and developmental disabilities live, work, and leisure in the community. It was certainly a catalyst for change – statutorily, philosophically, and slowly but surely socially – and where institutionalization of people with IDD use to be the norm, it is now nearly a thing of the past in California. In 2012, AB 1472 imposed a moratorium on admissions to the Developmental Centers (with criminal justice or acute crisis exceptions) as it was well recognized that less-restrictive, community-based supports and services were quite capable of meeting the needs of individuals with IDD. Soon thereafter additional legislation was passed that required a closure plan for the remaining Developmental Centers throughout the state. Today the state only has two remaining DCs with closure plans for each (except for the secured treatment program at Porterville for individuals with IDD in the criminal justice system) and approximately 20 individuals planned for transition.

I do not believe we would have the community-based system of supports and services we have today without the Olmstead Decision. Justice Ruth Bader Ginsburg was a leader and a champion for so many marginalized groups of people. Her presence on the Bench will be sorely missed but her contributions to society in advancing civil rights and ensuring the rights of people with disabilities to live a full rich life in the community live on. In honor of Justice Ginsburg, I encourage everyone to read the Olmstead Decision as a reminder of the foundation that was laid that allows us to continue our advocacy for advancing the civil rights of people with IDD.