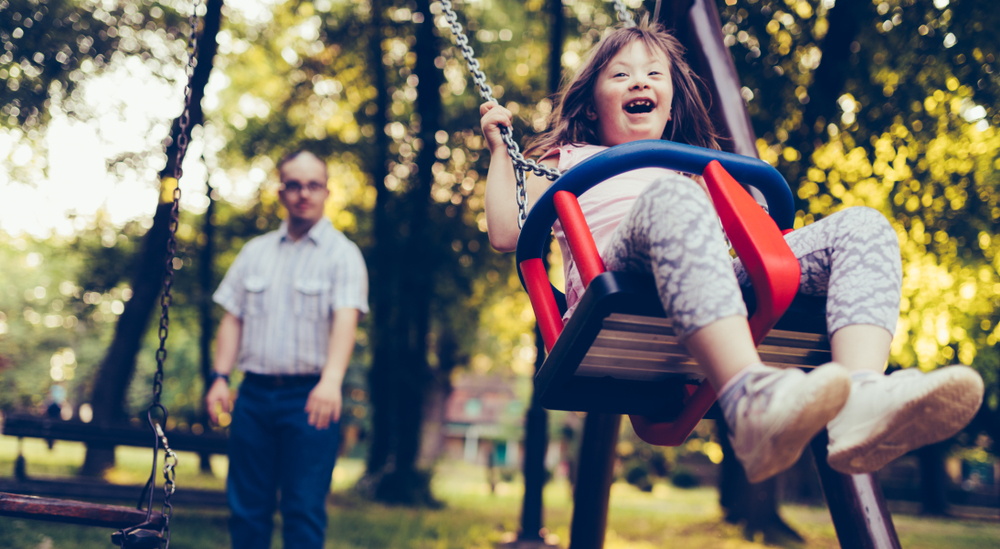 We are less than a week away from Thanksgiving and I all I can think is “Where the heck has this year gone? And even more than that “Where has time in general gone?”. Every year as we approach Thanksgiving there are many different reminders about gratitude – literally hundreds of Facebook Memes, Instagram posts, commercials, print advertisement, and on and on – so this year I wanted to take this opportunity to write about gratitude and taking the time to recognize and appreciate progress in improving the lives of people with all types of disabilities.

Sometimes progress can feel painstakingly slow when you fight the same budget fight, run the same policy bill, encounter the same social issues, or see marginal growth in employment for people with disabilities year after year. I know there has been much progress over the last 50+ years since The Arc was established but in the interest of time and kindness to the readership I will give a few highlights from the last 40(ish) years knowing of course that there were many other accomplishments along the way.

The Civil Rights of Institutionalized Persons Act authorized the UD Dept. of Justice to file civil lawsuits on behalf of residents of institutions whose rights were being violated.

The United Nations established International Year of Disabled Persons which led to the establishment of the National Organization on Disability.

The American Fair Housing Act was amended to protect people with disabilities from housing discrimination in the area of rental, sales and financing (pursuant to the Civil Rights Act of 1968). The amendment provided that reasonable modifications had to be made to existing buildings and accessibility had to be constructed into new multi-family housing units.

The Technology-related Assistance Act for Individuals with Disabilities became law in the US authorizing federal funding to facilitate access to assistive technology.

The original version of the Americans with Disabilities Act was introduced

The Hate Crimes Statistics Act of 1990 required the Attorney General to collect date on crimes committed because of the victim’s disability, race, religion, sexual orientation or ethnicity.

Robert Williams was appointed as Commissioner to the Administration of Developmental Disabilities, he was the first person with a developmental disability to be appointed to the position.

The American Association of People with Disabilities was founded.

The Work Incentives Improvement Act (Ticket to Work) became law in the US allowing people with disabilities who needed heath care benefits to work.

The Olmstead v. L.C and E.W Supreme Court decision found unjustified segregation of people with disabilities was unlawful under the ADA

The Help America Vote Act became law and required voting systems to be accessible for people with disabilities, including special assistance for blind or otherwise visually impaired voters.

The Special Olympics Sports and Empowerment Act was signed into law authorizing funding for its Health Athletes, Education, and Worldwide Expansion programs

The California Mental Health parity Act became law as a result of Prop 63 to establish a broad continuum of community-based prevention, early intervention and other services for persons with mental illness.

The Genetic Information Nondiscrimination Act of 2008 became law prohibiting insurance plans from denying coverage to a healthy person or charging a person a higher premium based solely on a genetic predisposition, it also barred employer from using the information when making hiring, firing, promotion or job placement decisions.

The 21st Century Communications and Video Accessibility Act was signed into law and required that unedited, full-length programs shown on television with captions must also be shown on-line with captions

Rosa’s Law passed and required a change in federal statute when referring to people with intellectual disabilities (eliminated the reference to mental retardation).

The Fair, Accurate, Inclusive, and Respectful Education Act became law and required California to include contributions for people with disabilities in their textbooks and teaching of history and social studies.

When I look at the amazing contributions so many have made in the past, I can’t help but be grateful. In just the very few highlights listed above there were so many people who, though likely did not agree on everything, worked together to improve the lives, civil rights, health care, community-living options, education, employment, etc. of the lives of people with disabilities. In my gratitude I am reminded that we truly do stand on the shoulders of giants!