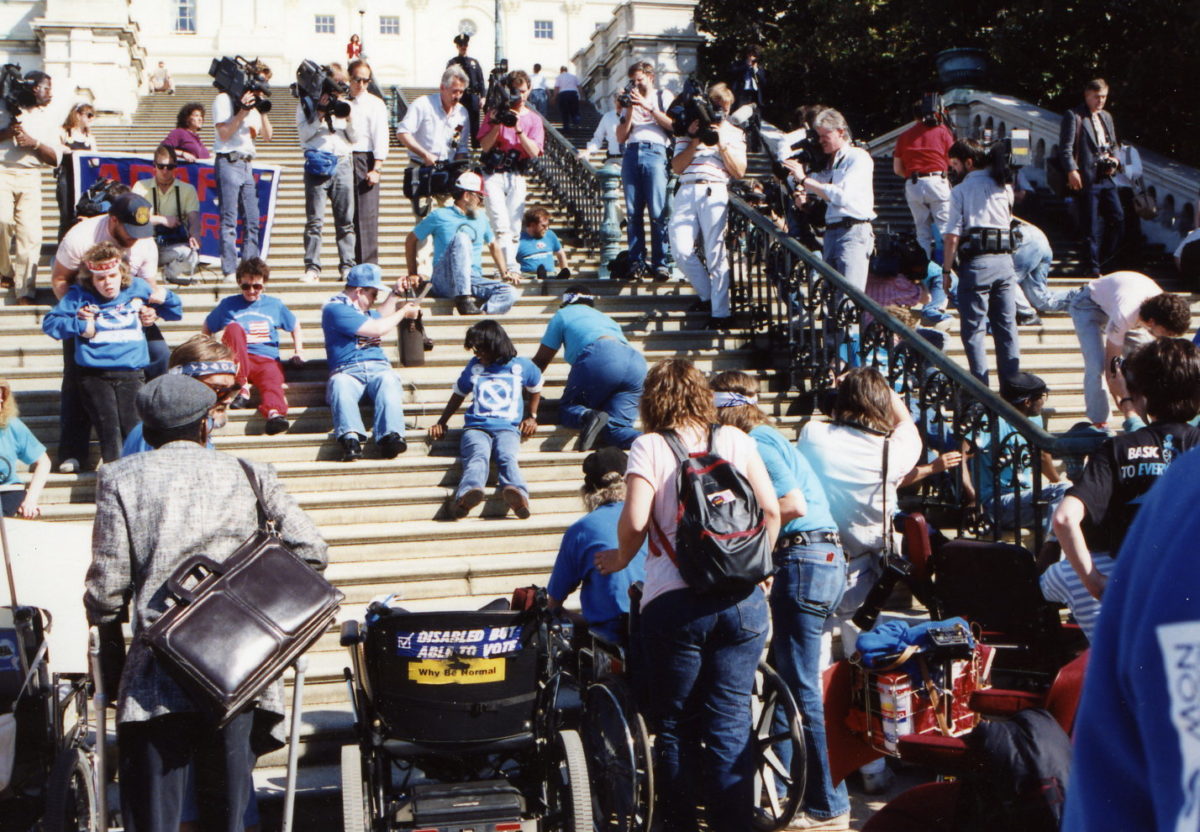 This Sunday, July 26th marks the 30th anniversary of the signing of the Americans with Disabilities Act (ADA). 2020 is an extremely difficult time to be a disabled person in America. Between the pandemic and the economic recession, we are losing the already tentative grasp on stability that our community has worked so hard for. It is easy to be overwhelmed.

But thinking about the 30 years since the ADA was signed into law gives me hope. I am old enough to remember the sunny day in 1990 when President George Bush Sr. sat in the White House garden and with the stroke of a pen granted us our civil rights. Though I had seen the Capitol Crawl on the news, I was too young then to understand the amount of work that people with disabilities had put in to make that moment happen; the kind of dangerously optimistic work of advocates and activists from all walks of life have been doing in America since before our country existed. Loudly, publicly demanding fair treatment in the face of odds that are not on their side.

Before the COVID-19 shut down I took so many of the rights that the ADA guaranteed – that people with disabilities risked so much for – for granted. Not anymore. The pandemic has opened my eyes to the fact that even as we are experiencing a lightning speed shift in access the ADA is the bit of solid ground that we stand on as we push back against them.

The people with disabilities who worked to create the ADA were not really working for themselves, they took risks to build the future that we have lived so freely in. The people with disabilities who demanded the ADA were not extraordinary. They were people just like you and me. People just wanting to go about their business and chase their own dreams, finding too many barriers to bear.

Nothing has ever been easy for us, but people with disabilities have always gone and done it anyway. As the ADA turns 30, we must pause and celebrate. Taking time to bask in the complex joy of disabled existence, time to honor the work that has been done before. Taking this time to fill ourselves up with the courage that we have always had so that we can show up for each other and future generations and keep pushing.