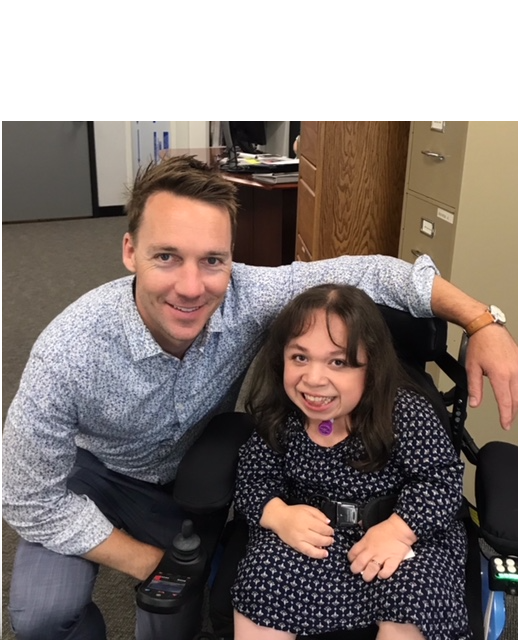 Isabel Bueso lives in Concord, CA, is 24 years old, a recent graduate with honors of Cal State East Bay, and has an extremely rare and potentially fatal genetic disease called MPS-6. Isabel and her family came to California when she was seven years old at the invitation of UC San Francisco to test a new drug, and continues to receive weekly infusions of the life-saving drug at the hospital. The Bueso family has lived in California for 17 years under visas and Deferred Action based on humanitarian purposes and medical exemptions; however, two weeks ago they received a letter from U.S. Citizenship and Immigration Services (USCIS) stating “Your period of authorized stay has expired. You are not authorized to remain in the United States.”, and allowing 33 days for the family to leave the country voluntarily or forced removal proceedings would begin. The drug Isabel’s life depends on is not available in Guatemala and her doctors have stated that without the drug Isabel’s health would rapidly deteriorate and she would die, likely within months.

I first met Karla Bueso, Isabel’s mother, in 2007 when she participated in Partners In Policymaking, an advocacy training program for individuals with developmental disabilities and parents of children with disabilities. The Arc of California, in coordination with other family-based advocacy organizations, was running the program and I was hired as the director. Karla participated intently in the six month long training and would often share the challenges and successes she experienced. She passed that training on to her daughter Isabel, who has become an inspiring advocate at the state and national level for the rare disease community. In an interview this week Isabel said, “Before you advocate for others. Now I find I have to advocate for my own life. It’s scary.”

The Bueso family has received support from Congressman Mark DeSaulnier and Senator Kamala Harris’ office, who are seeking ways to assist. Unfortunately, the Bueso’s attorney, Martin Lawler, has stated that the federal administration has offered no appeals process. With a lack of options, the Bueso family reached out to media and is also reaching out to you and me. This week their story was shared on the Rachel Maddow show, in the New York Times, and their local news KTVU. They have also created a Change.org petition, and the family is asking that everyone sign it to create noise that can’t be ignored by the federal administration.

People with disabilities and parents of children with disabilities often face hurdle after hurdle with no other option but to overcome. For Isabel, Karla, and the Bueso family, this is a matter of life or death, one that I hope and pray is overcome.

UPDATE Monday, September 2: According to the New York Times the Trump administration is now reconsidering “its decision to force immigrants facing life-threatening health crises to return to their home countries.” To read the full article click here. https://www.nytimes.com/2019/09/02/us/trump-immigration-deferred-action.html