Twenty-four California disability groups and over 140 Inland Empire residents are asking Riverside County District Attorney Mike Hestrin to meet to review the DA’s decision not to charge the off-duty LA police officer who shot and killed Kenneth French, an unarmed man with disabilities, at a Costco in Corona.

“We want the family of Kenneth French to know they are not alone,” the disability community letter to DA Hesterin says.

“No member of the disability community should need to worry that shoving someone will be met with immediate shooting, especially by a trained police officer,” the letter continues.

Read the open letter to the DA here. The letter asked DA Hesterin to meet with the Inland Empire Developmental Disability Safety Task Force “to review the decision not to indict and to discuss how shootings might be prevented in the future.” It noted that the disability community has been a strong supporter of California law enforcement, “which plays a key role in protecting our most vulnerable members.”

Read the letter to the DA below or view it as a PDF here. 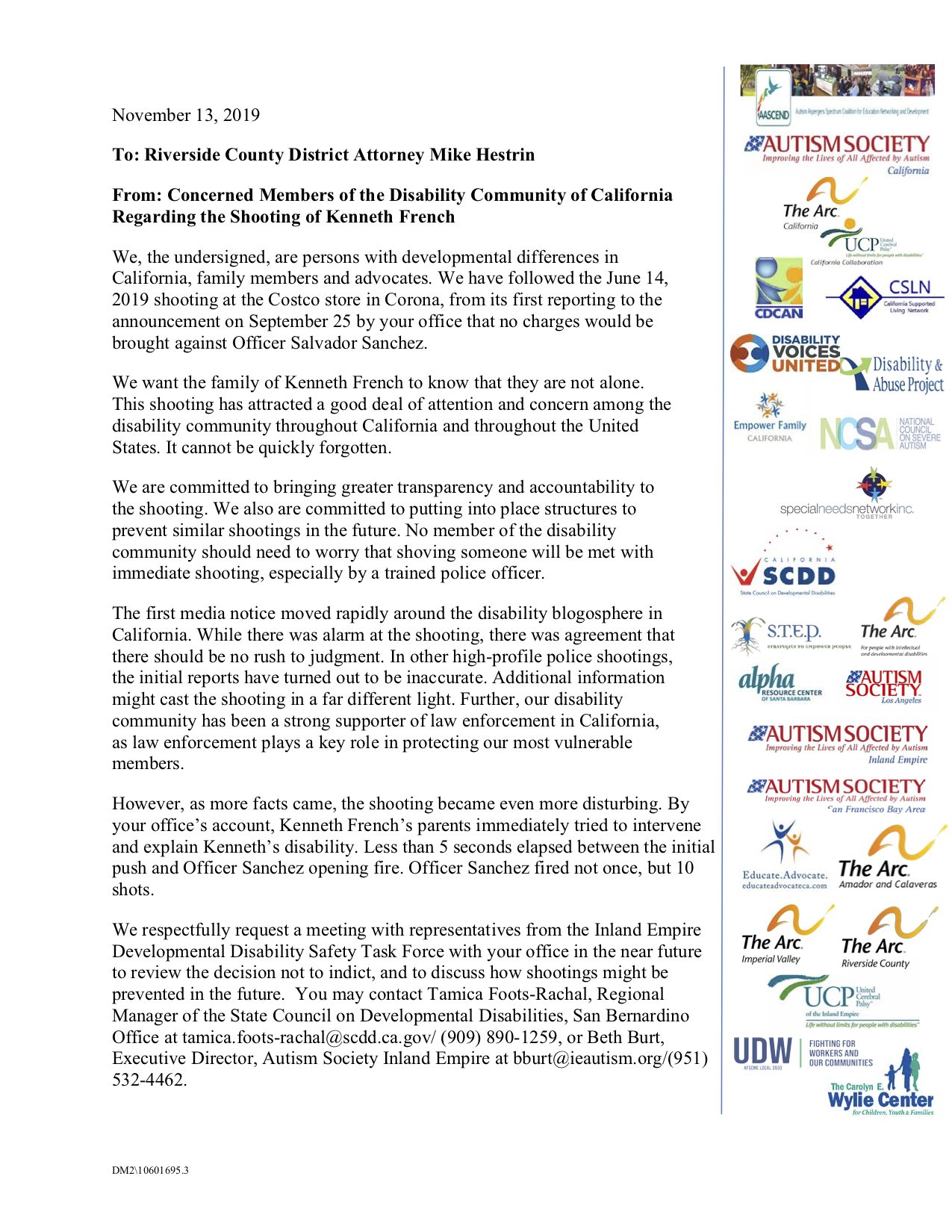 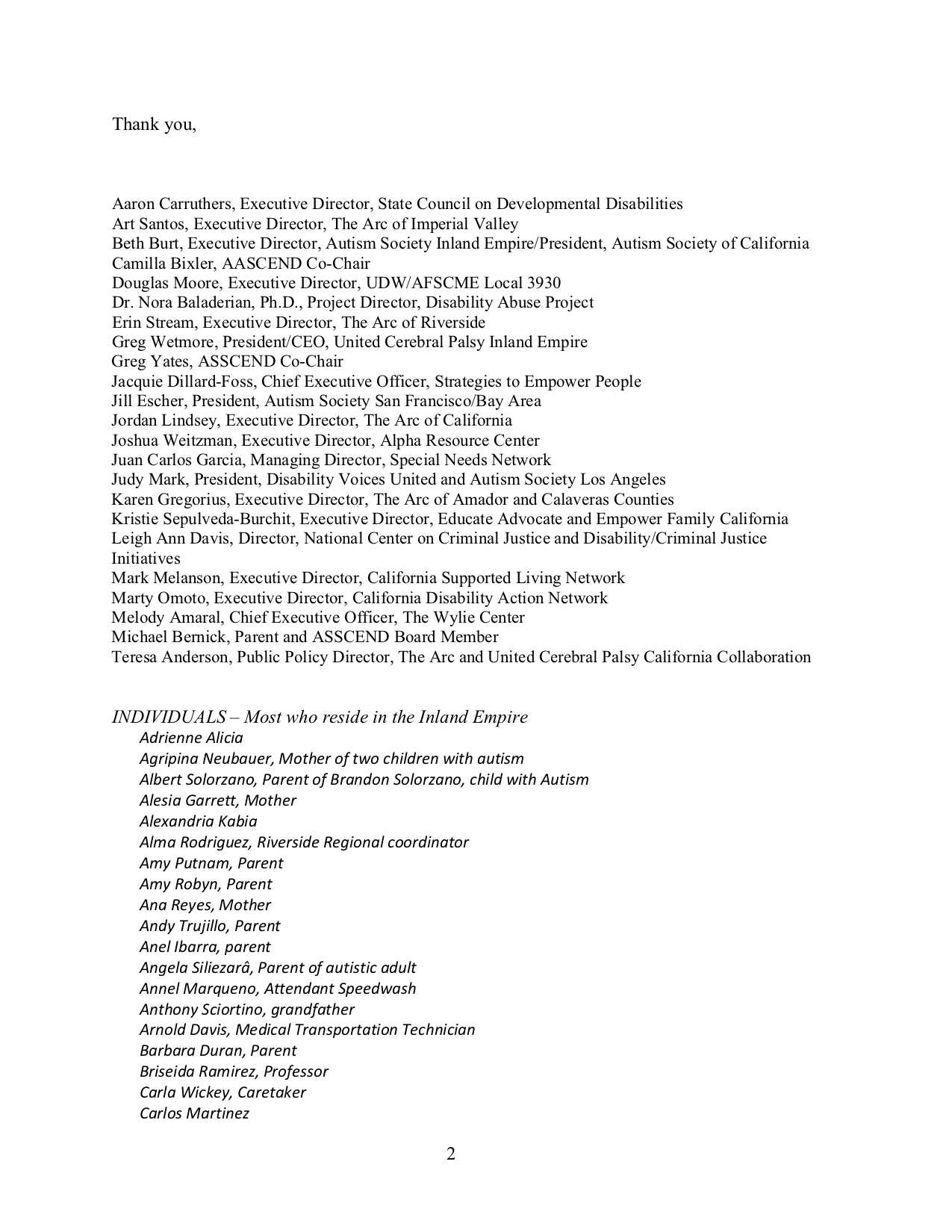 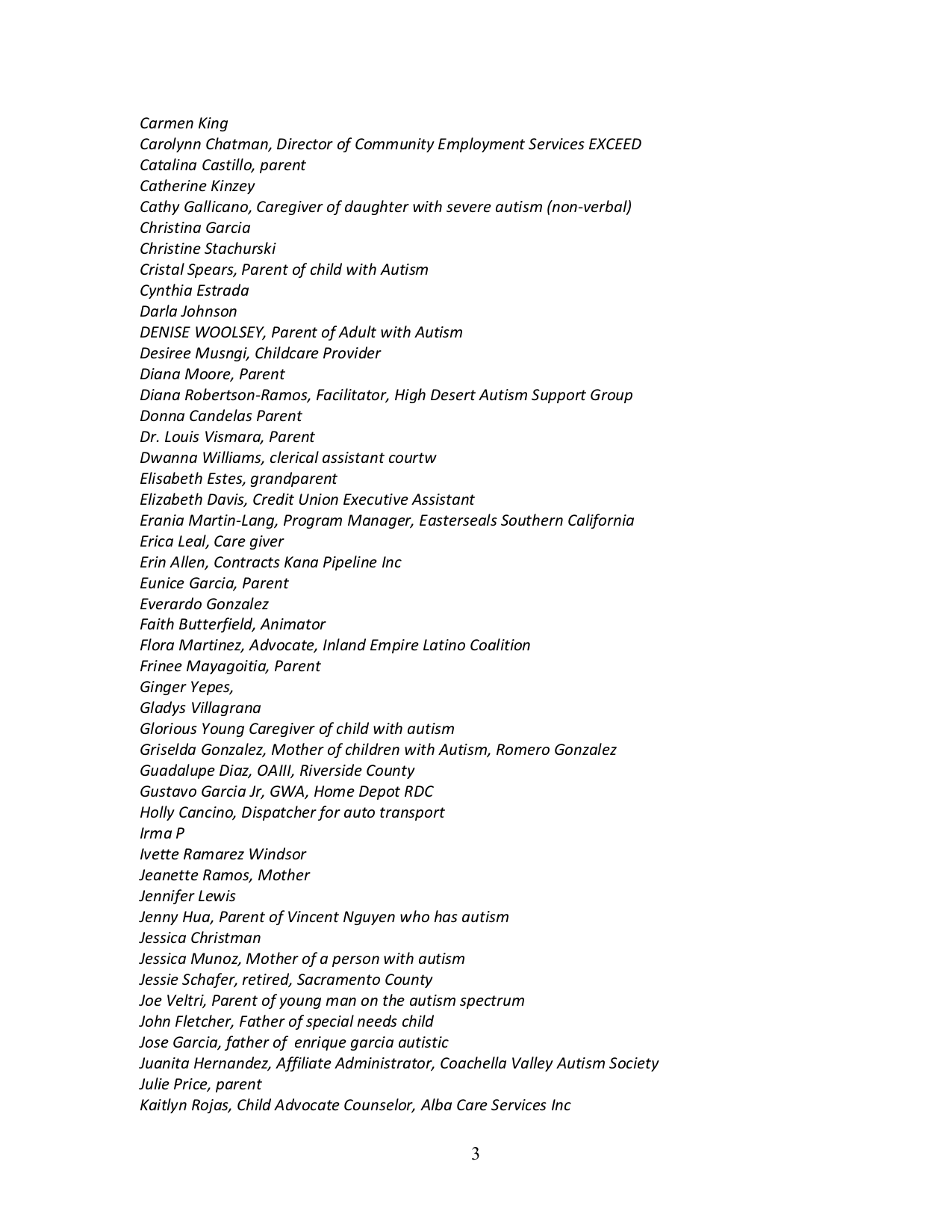 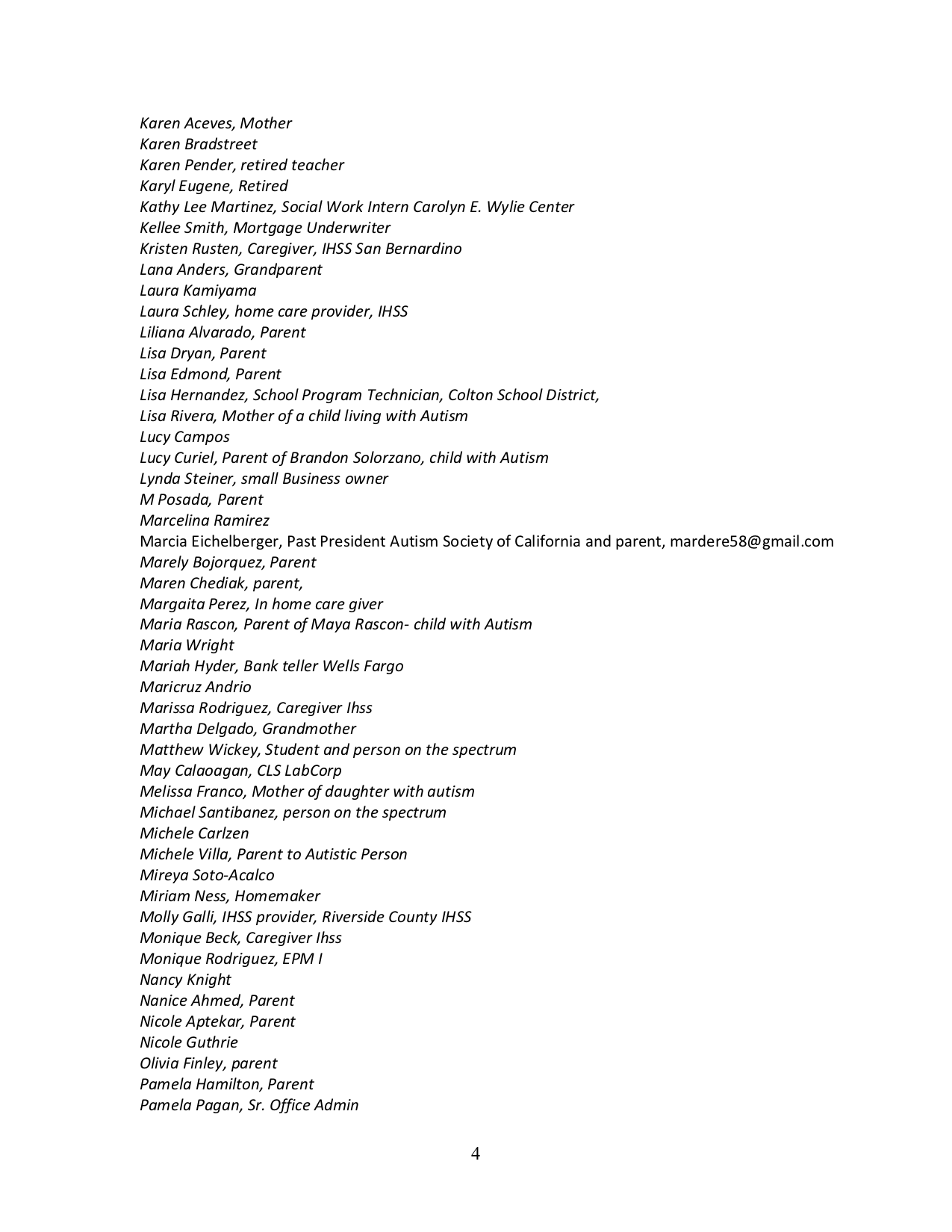 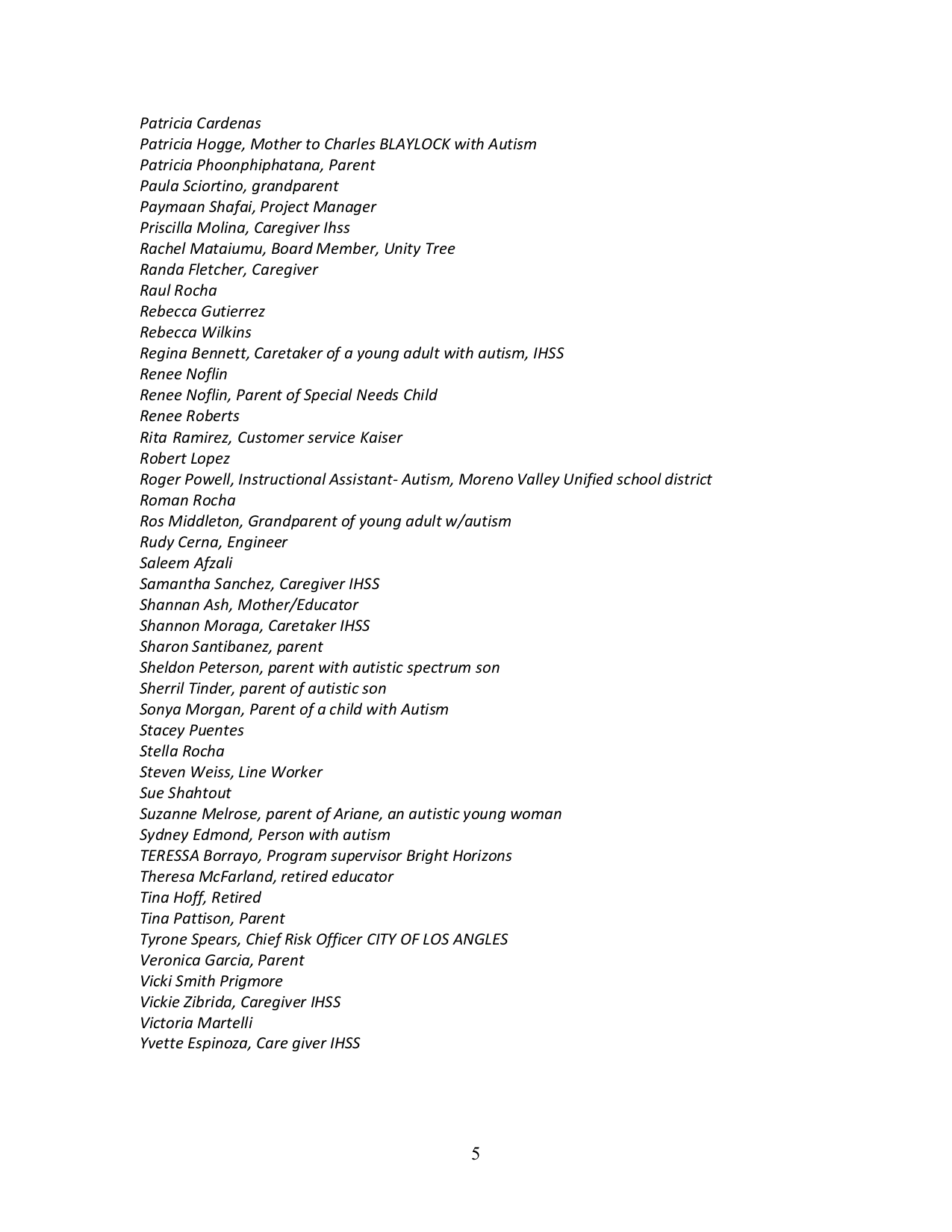